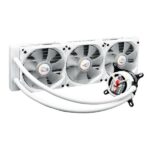 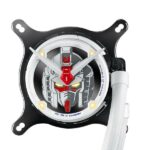 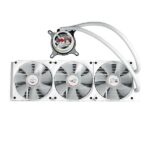 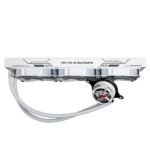 With its striking white finish, the RX78-2 Gundam head on the pump cover and signature design decals along the radiator and pump, ROG Strix LC 360 RGB Gundam Edition delivers a visual impact that makes it the ideal centerpiece of your Gundam build.

Illuminated Addressable GUNDAM
Showcase the RX78-2 GUNDAM head at the center of your build.

Gasket
A sealed design ensures the cooler is immune to leaks.

COOL TO THE CORE