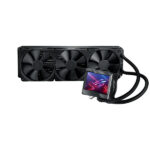 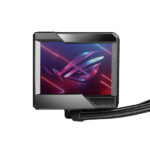 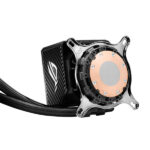 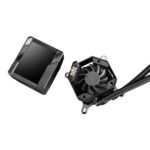 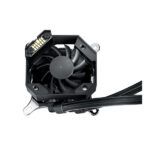 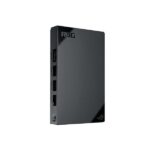 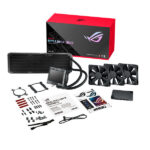 The 3.5-inch LCD panel on ROG Ryujin II is the largest LCD display on an AIO cooler in the industry and infuses your build with customizable visuals

Asus ROG Ryujin II 360 CPU Liquid Cooler with The LCD panel can be tuned via Armoury Crate to display crucial system information, such as temperatures, voltages, fan speeds, or frequencies.

Images and animation can be uploaded to show them off on the LCD panel, giving your build your own personal touch.

The controller for ROG Ryujin II features four PWM fan headers that can be tuned via FanXpert 4. It also offers four ARGB headers to link with addressable strips and components for lighting up your build. ​

Asus ROG Ryujin II 360 CPU Liquid Cooler ROG Ryujin II series is compatible with a wide range of Intel® and AMD motherboard platforms, giving you the flexibility to pair it with your choice of processor. It also comes fitted with 38 cm of tubing to make mounting and routing easier.