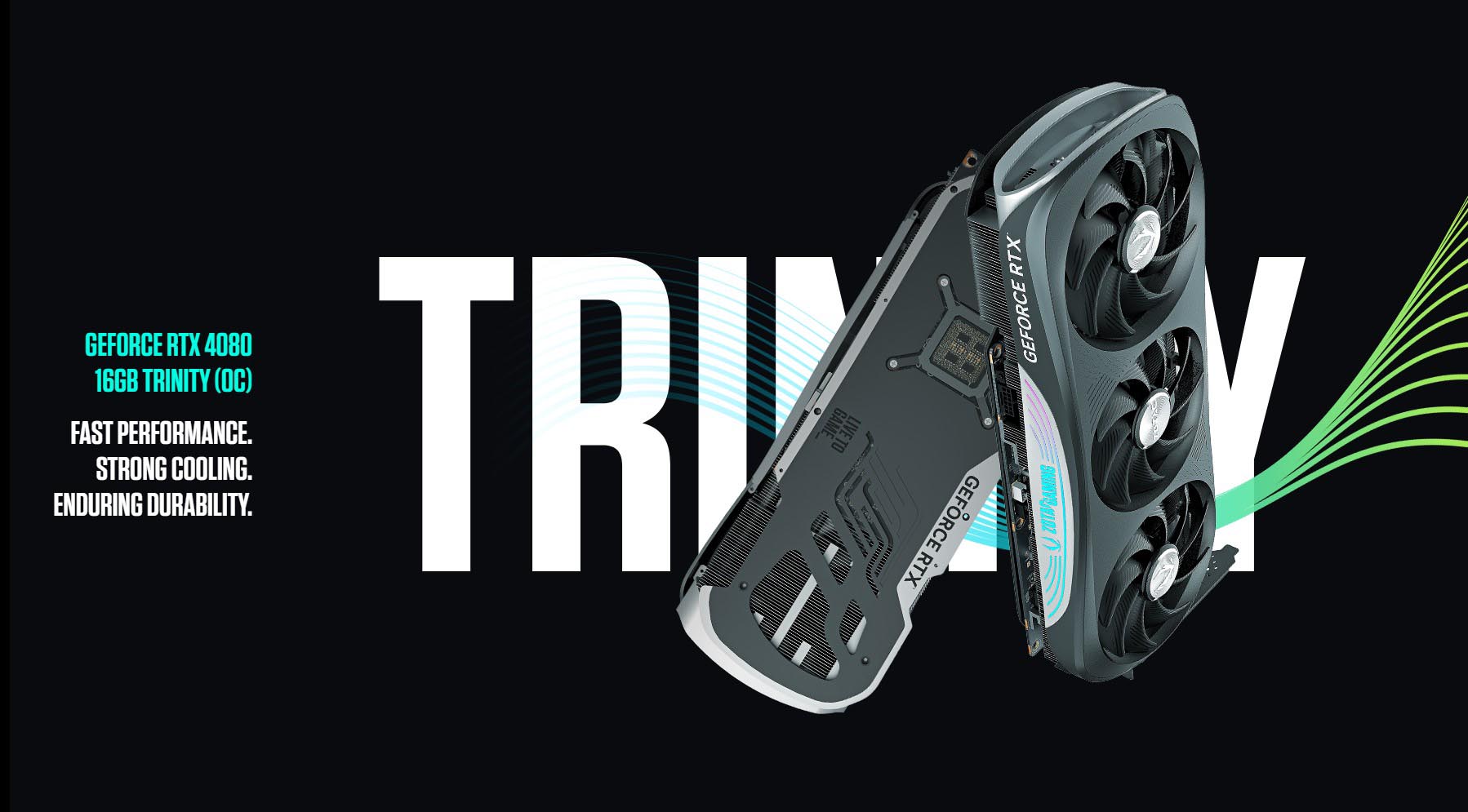 THE AIRO EVOLUTION
Inspired by aerodynamic concepts, the Zotac RTX 4080 Trinity OC 16GB utilizes an AIR-Optimized design to bring out the best in the world’s most advanced gaming GPU powered by the NVIDIA Ada Lovelace architecture. For gamers and enthusiasts who desire the ultimate performance, the AMP Extreme AIRO graphics card has everything to offer – from unrivalled power to outstanding thermal and noise performance.

ADVANCED COOLING
Refined in every aspect, IceStorm 2.0 is our advanced cooling system that pushes the limit of GPU performance in the most graphically demanding PC games.

CUT THROUGH THE AIR
Mounted with triple 110mm large fans featuring wide curved blades that have twice the blade size of the previous generation. Each curvature and stripe on the blade is meticulously designed to maximize airflow and air pressure.

OPTIMIZED DISTRIBUTION
9 precision-machined copper heatpipes are shifted into a vertical layout for increased surface contact with the GPU, extracting more heat to disperse along the full length of the heatsink.

COMPOSITE HEATPIPES
Made of composite layers consisting of a thicker envelope and a grooved wick with a multi-channel working fluid, each heatpipe is more efficient at transferring heat.

360° PASS-THROUGH
With ample designed ventilation paths, airflow can maneuver and exhaust from every side to reduce trapped heat.

5-ZONE RGB LIGHTING
Customize different modes and colors for the 5 lighting zones at the front, sides and rear of the graphics card, or synchronize the whole.

HOLOGRAPHIC FRAME
The surreal beauty of the large RGB presence on top is enhanced by an iridescent and translucent finish that allows lighting paths underneath to shine through.

EXPAND THE AMBIANCE
The featured 3-pin RGB header empowers your graphics card to synchronize lighting with a compatible RGB LED strip for added aesthetics and customization.