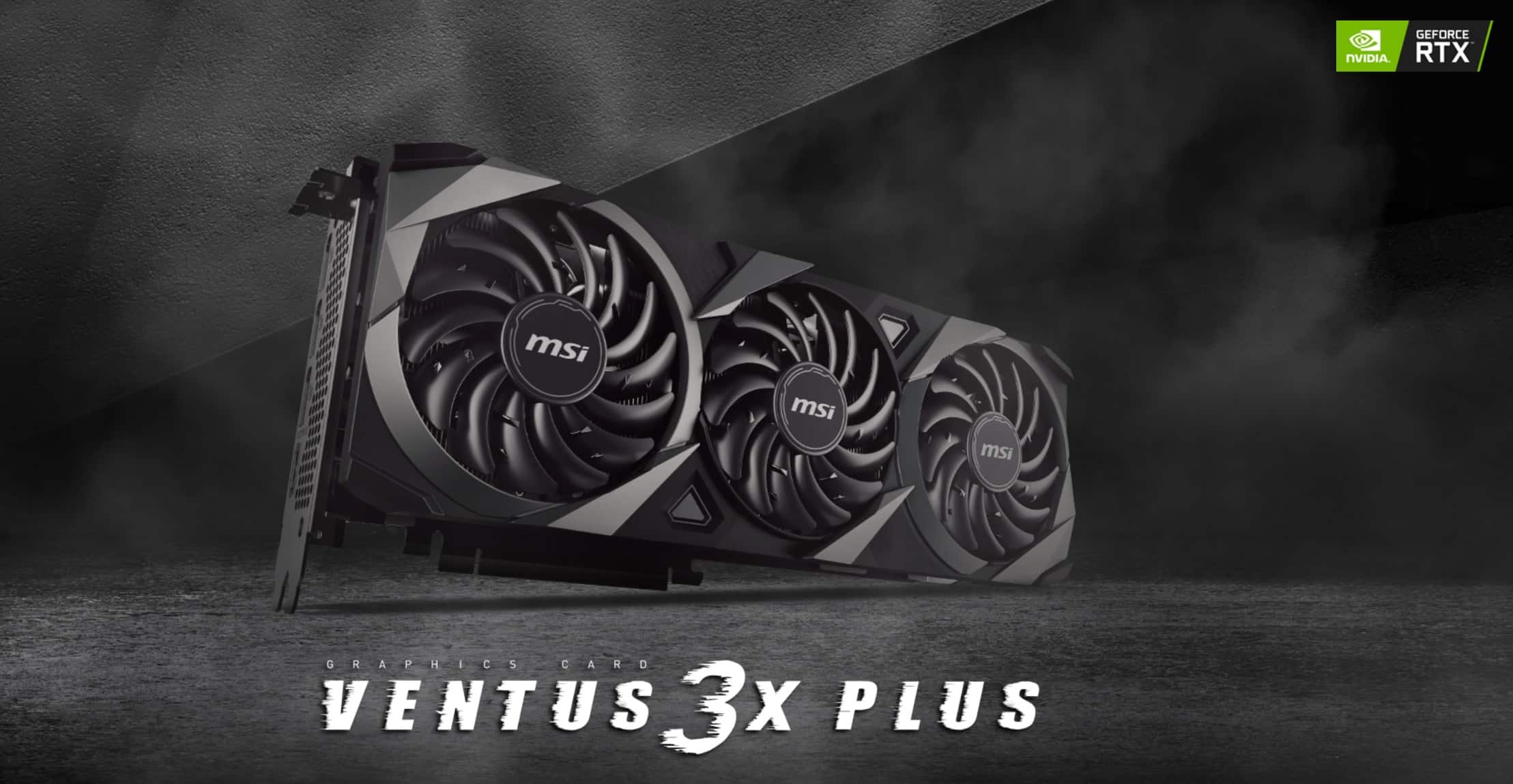 The MSI RTX 3070 Ventus 3X Plus OC 8GB LHR is powered by Ampere—NVIDIA’s 2nd gen RTX architecture. Built with enhanced RT Cores and Tensor Cores, new streaming multiprocessors, and high-speed G6 memory, it gives you the power you need to rip through the most demanding games.

MSI RTX 3070 Ventus 3X Plus OC 8GB LHR brings a performance-focused design that maintains the essentials to accomplish any task at hand.

WE’VE GOT YOUR BAcK

A brushed metal backplate provides a clean visual finish to the card. It also strengthens the card and thanks to some cleverly place thermal pads even helps to keep the temperature low.

Core Pipes are precision-machined for maximum contact over the MSI RTX 3070 Ventus 3X Plus OC 8GB LHR GPU and spread the heat along the full length of the heatsink for optimal cooling.

Not all circuit boards are created equal. A custom PCB Design in MSI RTX 3070 Ventus 3X Plus OC 8GB LHR provides greater reliability and beefed up power circuitry for pushing the card to its limits.